Everyday for me is black history, it is who I am, what I live and what I know. It cannot just be a month, and the history of my people matter everyday, to me. I am also Nigerian, shaped by some of the most influential minds in history; Madam Tinunbu, Nnamdi Azikwe, my grandmother, mother and several others. But one of the most influential people I had the pleasure of knowing and I think being related to, its a legend in my family but that’s a tale for another day is Fela Anikulapo-Kuti- a visionary well ahead of his time, he might be one of the few people which that phrase appropriately refers to. At the time the rich called him crazy and the government called him troublesome. He constantly called out the government in his songs, brazenly. In Zombie he refers to soldiers as morons without a will of their own, walk where they are told to walk, speak when they are told to speak.

Olufela Olusegun Oludotun Ransome Kuti was born on the 15th of October 1938 to Reverend Israel Oludotun and Mrs Funmilayo Ransome-Kuti, activists and freedom fighters amongst their many accomplishments. Fela lived his life on his own terms, controversial, political, fighter, rebel, and nonconformist. By the time of his death in 1997, Fela produced somewhere near 60-70 albums, performed on the best world stages, and married 27 wives in one day. During his time in the states he became involved with the Black Power Movement, and enlightened by the biography of Malcolm X, amongst other key books, into learning more about freedom and empowerment of Africa as a whole. He returned a changed man and influenced a movement. More than any artist living or dead, in my opinion. Kalakuta republic, his mother’s compound, so named by Fela after one of his prison cells, was declared an Independent territory from government rule. There was a free clinic in there and it housed many of his bandmates and wives. His songs were stories, often lengthy, mostly an indictment of the government, he pulled no punches, named names, and threw down yabis, like no other musician alive. 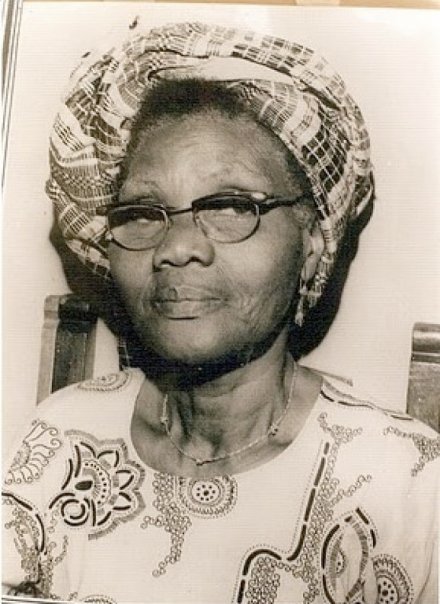 His music was not to the palette of those outside of Africa because they didn’t understand what he sang about, to the masses in Nigeria, he was a prophet, even declared the black president, he sang about the struggles of the everyday common man, even if his upbringing was different from most, he was sent to London to study Medicine but chose to study Music instead, he came from an upper middle class family and his parents were scholars but Fela resonated with the lay-man and that endeared his cause in the hearts of many. He was emancipated from mental slavery long before those lyrics were sung and he had an elevated mind, never mind that he sometimes would be seen in public in nothing but his briefs and smoked weed freely. He was at the front line and put everything at stake to fight for the freedom and equality so scarce in Nigeria.

Fela’s mother Madam Funmilayo Ransome-Kuti was the first feminist I learnt about in primary school, when we started reading our own history books, not the one that told us Mungo Park discovered Africa. Along with Margaret Ekpo, and many others, she fought for women’s rights to education, health, to vote, better their positions in society. Mrs Kuti was a warrior and obviously raised her sons to be that as well. During a military raid in February of 1977, on Kalakuta Republic, Mrs Kuti’s residence she was thrown from a 2nd floor window and suffered injuries that would contribute to her death. Fela sings about this in another song, Sorrow, Tears and Blood, and Coffin for Head of State. The republic was stormed by 1,000 “unknown” soldiers, the compound set on fire and Beko’s free clinic burned to the ground, he was wounded as was Fela, and his 77 year-old mother was thrown from a second floor window.

Fela was one of the greatest musicians that ever lived, he used his song as political 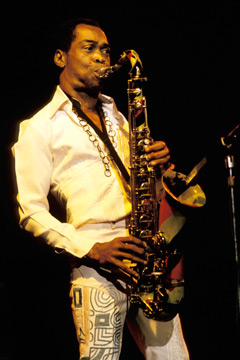 messages, he often openly sang about the suffering of Nigerians, the corrupt government, the state of a mad government bullying its people which was often characterised by military rule. His songs live on as a lesson to us, to always question and challenge status quo, especially when it benefits no one but the rich and those in power. His lyrics are scathing on the government, he encourages Nigerians to never stand still and take the bullshit. In his song Baba Nla Nonsense (Big Nonsense) he talks about Colonial rule and the ignorance of Nigerian government. My favourite song of his is Water, a song about the absolute necessity of life but means so much more to everyone.

Movement of The People, MOP, was political party, MOP but his bid to become President was always blocked by the military. In a sense I think it was a good thing he never became President, he rebellion only gives him more of an authority to speak because he was one of us. I remember when Fela died, I was one of the people who tended to his lying-state, my uncle ran the funeral company who was in charge and I was right next to his coffin. In Tafawa Balewa Square Lagos Island, it was a crowd fit for a King, for he was a King among men. People came from far and wide to pay their respects for several hours. No Nigerian President has ever commanded such respect from the people. None ever will.

So much has been said about Fela’s legacy and so much will, because he gave us so much through the power of his music and words. He remains one of the most influential people who ever lived.