Another Fashion Week has come and gone we can breathe a sigh of relief for a few months, enjoy the spring and summer before the onslaught in September. This month, quiet as it was, was not without its fair share of kerfuffle so here goes.

1. New York is just too loooooooong!!!

Listen I love NYFW its the most entertaining of the lot but man it is just too long, too many shows and too much confusion by the time we reach Paris its all too exhausting to keep up with. 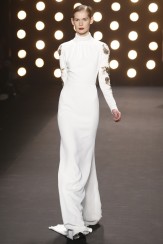 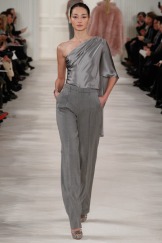 Yes it was long and labouring and the time difference made it a bit of a thing to keep up with even on live stream, but this round of New York was good, was fun, was commercially strong and there was a strong POV from the designers, there wasn’t one overarching theme there were several and the most astounding were the evening wear… Naeem Khan, Bibhu Mohapatra, did this more than enough justice and Ralph Lauren was the pleasant surprise.

Jason Wu for Hugo Boss and Nicholas Ghesquiére for Louis Vuitton, two strong debuts, two exciting creatives to watch as they hold up the heritage of their respective houses.

4.Ugly Shoes are Not Cool. 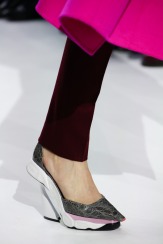 Dior wants to put is in FUGLY shoes and I am no on board with this mess. Not here for it Raf.

The only things celebrities bring to fashion shows are just unnecessary chaos, they run late, see Katy Perry at Moschino, the photographers go crazy for them and they take away attention from the host, the designer. I don’t know that they bring anything more to the show. The only people who have business attending shows are, stylist, buyers, editors and bloggers who actually know their Louboutin from Louis Vuitton, anyone else is up for debate. But that’s just me…

Editors are not like us or are they? The lifts malfunctioned in Oscar De La Renta and André Leon Talley nearly lost his mind… see the tales here.

At the Valentino show in Paris, Anna Wintour, Editor-in-Chief of Vogue and the Pope of Fashion for life, sat in the second row. According to various reports on social media, the front row of Maison Valentino was so packed, there wasn’t enough space for her and her team so she gave up her permanent space to one of her editors and opted to watch the show from second row. Nuff respect 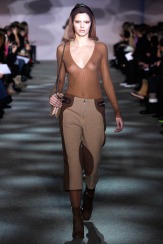 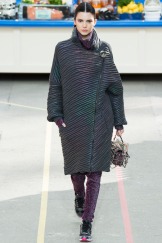 Celebrity or Model? Whatever it is you want to call her, Kendall Jenner is earning her stripes. She looks the part, walks the part and I like the fact that there wasn’t any noise made about her walking the runway or sitting in the front row. Even if her name and connections got her in the door, seems Jenner has the chops to stick around. The more runways she walked, the biggest of which was Chanel, the easier it was ignore the fact that she is a celebrity from a reality TV show. 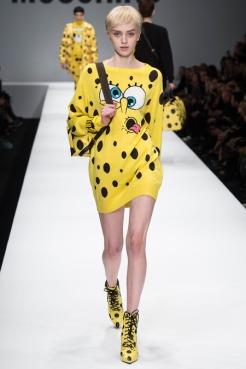 Anya Hindmarch and Chanel shows acknowledged consumerism. At the end of the day, silhouettes and trends aside, no industry thrives if the customer does not shop- life is one big supermarket catering to wants and needs. The Anya Hindmarch catwalk was set on a barcode with some models gliding down with their trolleys on a conveyor belt. The designer used images everyday domestic brands on her accessories, a little reminiscent of Olympia Le Tan who makes her purses out of story books, but quite possibly brilliant. All of Chanel was set in a super market complete with grocery aisles, household stuff and a Cara Delevingne class in hole-y sweatpants, looking all chav walking the aisle. Umm remember when The Kaiser declared sweatpants an attire for the hopeless, “sweatpants are a sign of defeat. You lost control of your life so you bought some sweatpants” he said. This show is homage of the sort to real life scenarios; sometimes sweatpants and trainers will do just fine. Lets all go shopping at the Chanel Shopping Centre. At the other end of the consumer spectrum was Jeremy Scott for Moschino.The McDonald’s inspired uniform, the spongebob squarepants outfit, the Chanel-esque gold chains piled on like Mr T, the sheer tackiness of everything, it was just too much. Consumerism