This was the movie I was most terrified to see because I expected so much from it and the critics have been less that warming about it mostly. As I sat through The Great Gatsby, as you do with every book adapted movie, I couldn’t help comparing the movie to the book. So we’ll start there. 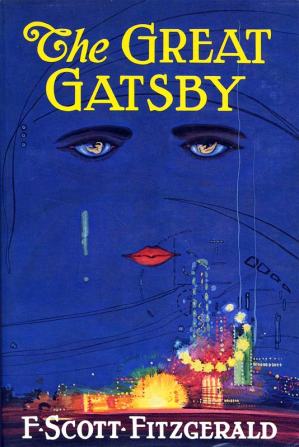 The Great Gatsby is one of the most, if not the most, brilliant books ever written. A book that stands the test of time, F Scott Fitzgerald was way ahead of his time with this book, all 180 pages of it, some 50,000 words. 88 years after publication it remains too significant to ignore hence the furore that follows this movie adaptation. What Fitzgerald did was capture the spirit of his generation, the roaring 20s; the high octane life of a generation without a care in the world. Wall St boomed and everything was on the up and up. Shining bright and wild. It is also a love story, if we can call it that, more Gatsby’s infatuation with a former lover, the very gauche Daisy Buchanan. When they meet Jay is a poor soldier and when he leaves to fight the war Daisy meets and marries Tom Buchanan, with old money wealth and social status. Tom and Daisy are one of a kind and belong together; lavish and crass, only interested in serving their selfish needs. Daisy loves money and Tom has plenty of it along with all the trappings. Gatsby dedicates his life to making this money, throwing these lavish parties hoping one day, Daisy will walk back into his life. A girl whose shallowness only reveals the vain virtues of Gatsby himself in his dedication to her. Their story is told with such angst you can’t help but sense its impending doom.

Nick Carraway, Gatsby’s neighbour and narrator of the story who was a sideliner dragged into this loud and opulent world from both sides, is responsible for the reunion of Daisy and Gatsby. A keeper of secrets and the only one who appears to have any moral compass, he tries to make sense this world and remains something of an outsider even in their midsts. The only one who truly knows Jay Gatsby, the man beneath the false grandeur he invented about his life, hankering for after a life of empty dreams with a despicable woman. Carraway is often appalled by the behaviour of other characters their lust and greed for this noisy and confusing world he suddenly finds himself in.

As with the life of the damned and beautiful, everything comes to a head and we see the bare behinds of the rich with their false words and callous ways smashing through life without a care for anything or anyone. The false promises of the careless and vain, the rottenness at their core.

This is a tale of the American Dream and greed of human nature. Nothing is ever enough. Excess was the determinant of success. For Gatsby this was the measure he set himself and what Fitzgerald does is portray such emptiness, searing through every layer of these characters with such a powerful work of prose. He captures the deeds of an amoral generation devoid of depth. His words are hauntingly beautiful and poetic, such richness and power, it jumps out at you from the pages. The story remains just as pertinent for our generation. 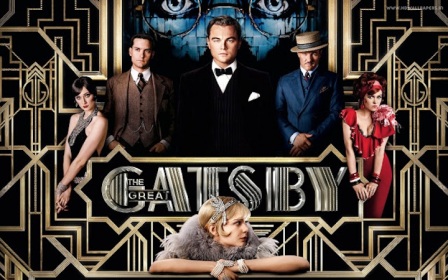 When you read what the critics have to say, Gatsby is like marmite; you either love it or you hate it; there’s no middle ground. I was too afraid to watch it because of the great expectations I had from Lurhmann. Gatsby is not one of those books you take on if you are not going to do it justice and in my opinion Baz Lurhmann did a good job with this helped largely by its extremities. I liked. it. I liked it a lot. I wasn’t prepared to remotely tolerate this adaptation and as such I was pleasantly surprised by the outcome.

Nick Carraway played by Tobey Maguire takes centre stage, telling the story from the sidelines but from within, if that makes any sense. We meet him in a sanatorium, the year is 1929 after the great crash of Wall St and the boom finally bust. He was partied out high and dry, away from the noise that became a part of his life. At times stilted, he wasn’t my first choice to play Carraway I would’ve preferred a newbie but he does the best he can with it.

Leonardio DiCaprio is a fine actor and without question plays Jay Gatsby so exquisitely. He captures Gatsby’s inner decency, one quality not so easily afforded to the other characters. Despite his less savoury activities in acquiring his wealth there was something a little piteous about him, we felt his yearning for Daisy even through his eccentricities, he manages to shade other debasing characters of the rich old money world. As Carraway says to him “they are a rotten crowd and you’re worth the whole bunch of them put together.” Leonardo let us see this side to Gatsby.

Carey Mulligan makes Daisy easily as hateful as she is in the book so there is no problem there, to that end she plays the role well but there’s a slight lightness to the character at times she was a little bland, other times pitifully sweet and her shallowness lacked real depth…you know what I mean? I wanted just a little bit more.

Yes it was loud and brash and at times callous. It was glittering and wild. Over the top and at times tiresome, but something about this all works to bring the world that Fitzgerald talks about to life. It was one wild party scene too much but it echoed the debauchery that peppered much of the jazz age and the carelessness as they partied it up as Gatsby’s. When we weren’t partying the night away, soaking ourselves in all seven sins, the story coasts along nicely; the flaws in the characters, the disparity that exists within the upper echelons of society; new money vs old money… Carraway, telling the story from a sanatorium and looking back at his life of old, serves more as a cautionary tale of greed and excess. I did have a problem with Meyer Wolfsheim the character played by a Bollywood Actor, Amitabh Bachchan. In the book Wolfsheim the “other” a foreigner amidst a fine upstanding society, is a jewish businessman acquaintance of Gatsby and responsible for his illegitimate wealth. Whilst Luhrmann may have been going for a literal definition of the “other” as he may have done with the black cabaret dancers in the back alley restaurant, where the rich and powerful misbehave and let loose of what little morals they have, it felt more like he was trying to fend off criticism for lacking cultural representation, that may not have even been an issue. Still, all in all, you got a sense that Lurhmann tries as hard to make good on what the books delivers, but hardly any book adapted movie has lived up to the acclaim of the book, save for The Shawshank Redemption, and even though we get lost in a haze of the soundtrack and the glaring sharpness, glitz and glamour, this adaptation holds its own. Possibly the best of the Gatsbys…we can stop now, but I am not mad at it.

Should you see it?

Yes you absolutely should. Don’t listen to what critics have to say, make up your own mind. You’ll either love it or loathe it but I liked it. A LOT. The bigness of it, the extravagance and the noise adds to the death of humanity as it so often happens when money and passion cross paths. And it is one of the greats works every written.